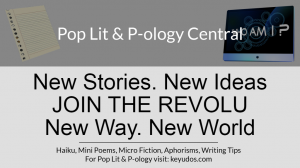 Hello. I’m Anthony North – and welcome to the website of my dreams.
My dreams of what?
Of a better world – or at least, that is the quest.

My quest began in 1982, and ME/cfs – a condition I’ve had ever since.
The medical answer? Relaxation therapy. It didn’t cure me, but it made me … relaxed.
Which was useful, as the train I caught following weeks of intensive therapy broke down between stations.
We were told we’d be stuck for 2 hours – and before my very eyes I saw mass neurosis break out.
Those poor dears were going to be late!
But more than this, I realized I used to be one of them. I realized that, below our perception, a madness lay at the root of the human condition.
I devoured books to try to understand – and it turned me into a writer and thinker.
Many decades and over 2 million words later, welcome to the website of my dreams.
My dreams of turning my ideas into reality.

P-ology
So how do you turn new ideas into reality? Well, I’ve got an idea or three about that.
My main idea is what I call P-ology, or Rational Holism.
It begins with the idea that, whilst specialisation is essential, it isn’t the whole story. It needs a bedfellow that looks at wider patterns to complete the picture.
This is P-ology – a new way of thinking, not to offer truths, but ideas -‘cos there’s only one truth. There isn’t one.
P-ology goes into all areas of life, knowledge and culture, as can be seen on the ESSAYS page of this site’s sister site (see button above).
But how to get the message across?

Pop Lit
Through a new form of literature, perfectly explained by this:

We’ve had PopArt. Time for PopLit. We have the components – haiku, mini poems, microfiction – but not the movement. Let PopLit be the flag. Bringing literature to social networks.

This is the first of my dreams. Hence, I offer the #PopLitChallenge.
Tweet away my friends, helped on by this site, turning the inane into new literature and knowledge, rants into aphorisms …
… and moving people away from those ridiculous pouty pictures with big noses … to the word selfie.
And once that campaign is in full swing, stay with me – there’ll be many more, as we change the world.

The Revolu
Join me in the new Revolu – history shows that to complete the word simply means back to the beginning.
So keep the campaigns going.
Such as: 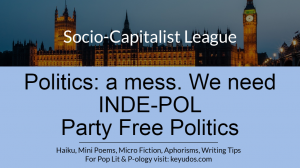 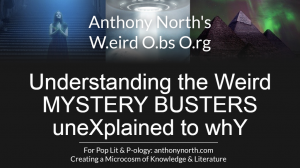 And when the above is ongoing, and the world comes together: 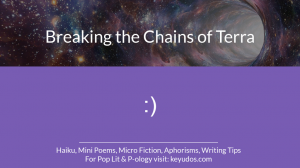